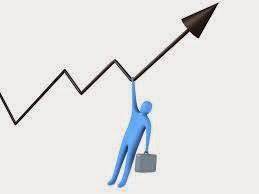 It happens rarely in aviation industry that a carrier has an unbridled ride of profitability for 27 consecutive years. Emirates has achieved this tremendous feat by turning profitable in 2014, a year which saw many problems crop up for the carrier. It has been able to report a profit of $1.24 billion, a gain of 40 percent. While there were a number of stumbling blocks which it had to overcome, there were some facilitating factors which ultimately led to its good performance. While this is a good news for the carrier, its employees also have something to cheer about. They have been promised extra salary of 9 weeks.


The factors which came to its aid were rapid expansion strategy of the management and the declining fuel prices. It is the only carrier that has the largest number of wide-bodied aircraft such as Boeing 777 and Airbus 380s. To meet its rationale but rapid expansion strategies, it has ordered for another 279 planes besides the 230 already existing ones. The year ahead will see it face considerable challenge from the US carriers that are hell bent on curtailing their growth in the US market.
Posted by Baggage Allowance at 04:06