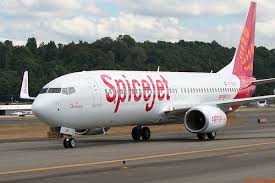 The last seven quarters for which SpiceJet has been continuously running into losses might have been the most difficult times of its history. The awful story of loss making has seen an end in this quarter ending March 2015. The carrier has reported profit of Rs 225.2 millions. Return to profits has been due to a number of stringent measures taken by the carrier by cutting down on unprofitable routes, reducing its fleet size and bringing in measures to control the costs besides offering customers more attractive options to fly with it. The carrier also saw a change of hands from the Marans quitting the field in favour of Ajay Singh, the new mentor who also infused fresh equity to ward off the creditors and make the turnaround a possibility.
With IndiGo the only player that commands respect for its operations and no other LCC close to it, there is space for another player like Spicejet to make its presence in Indian aviation sector which is fast growing. Last year, the same quarter results in Rs 3.22 bn of losses for the carrier though it catered to about 19 percent of the Indian market. In the current quarter the market share has plummeted to less than 10 percent since the carrier had to cut the size of its fleet and move away from many sectors of travel. Ajay Singh is likely go for another round of funding which it is likely to use for rebuilding the feel and gain more customers.


With the reporting of profits, eyes would again be set on the moves of the carrier as it limps back to health.
Posted by Baggage Allowance at 23:49

Email ThisBlogThis!Share to TwitterShare to FacebookShare to Pinterest
Labels: spicejet