FAA has granted exemptions to four companies operating the drones and by doing it, it has served a perfect example of how the regulatory authorities can encourage innovation without allowing it to be misused in any way. In a spate of recent discussions over the security concerns of UAS that originated when some of drones were flown close to the airports, this is a welcome step. By granting this exemption, FAA has chosen to go in favour innovation in technology that finds use in a number of industrial and civilian uses. 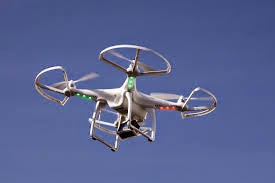 The companies who were granted exemption are Trimble Navigation Ltd, VDOS Global, LCC, Woolpert, Inc and Clayco, Inc. These are in addition to the seven other companies engaged in the film and video production. The exemptions have been granted because the UAS which have to be used for operations do not pose a threat to the American airspace or its security. Another ground of granting the exemptions was that these weigh less than 55 pounds and will be kept in line of sight at all time during their flights.
These companies, with these exemptions granted, would be able to use these UAS for aerial surveying, monitoring of the construction sites and inspections of the oil rig flares. As FAA moves towards determination of regulatory procedures which will automatically allow the operation of UAS by companies, these exemptions showcase the right path.
Posted by Baggage Allowance at 16:47